Since Byzantium never saw a consistent and definitive attempt at determining the status of philosophy and theology the way Western scholasticism did, the relationship between them in the Greek-speaking medieval world has always been regarded as a problematic issue. The essays contained in this volume work from the assumption that philosophy in Byzantium was not a monolithic doctrinal tradition, but related to a manifold set of intellectual phenomena, institutional frameworks, doctrines, and text traditions that influenced the theological literature in different ways according to the different manifestations and facets of philosophy itself.

His research focuses on religious life in Byzantium, with special emphasis on ascetical and mystical literature, heresiology, and theology during the Paleologan period. If you have personal access to this content, log in with your username and password here:. Author: A. Description Table of Content PDF Since Byzantium never saw a consistent and definitive attempt at determining the status of philosophy and theology the way Western scholasticism did, the relationship between them in the Greek-speaking medieval world has always been regarded as a problematic issue.

On the other hand, we will discuss: How did people and their societies influence, relate to, use, misuse, change, etc. How did the organization principle behind urban societies condition the relationship to nature and its resources? We urge contributors to demonstrate how these questions may be discussed through a variety of source material, methods and theoretical approaches from different disciplines. The conference will focus primarily on Northern Europe, but comparative studies of urbanization in Central and Southern Europe are welcome as well.

Presentations will be in English and 20 minutes in length, allowing for additional 10 minutes of discussion. Proposals should be sent to Elise.

Naumann niku. Eriksen niku. All proposals will be reviewed by a scientific committee, consisting of Elise Naumann and Stefka G. Markets and the agents who shaped and created them are the subject of the 6th annual conference of the research group on premodern economic history. 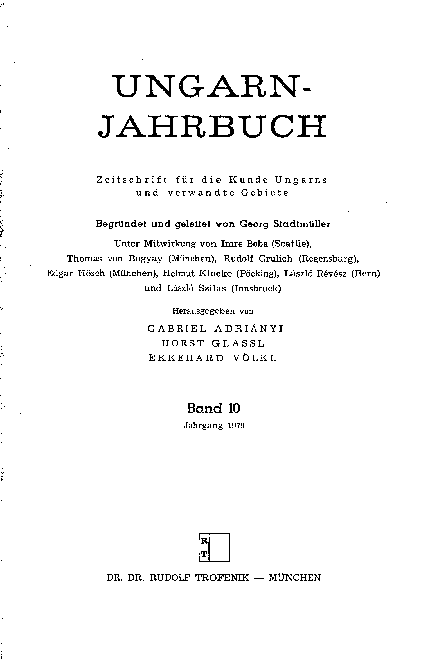 Markets feature prominently in recent research. Discussions cover the questions, for example, how a market can be grasp as a place, an event or a mechanism of exchange, or whether premodern economies have just hosted markets or if some of them can even be regarded as market economies. The conference in Basel will now turn to the agents who forged and connected markets. Exchange was done between persons and with the help of persons: Artisans, retailers and poor people tried to better their living conditions by engaging on the market, merchants interconnected different markets, urban personnel such as brokers, men working at the public scales, or the town council as a whole regulated and facilitated exchange.

By focusing on economic practices and the agents who performed them, the conference aims at analyzing the specific characteristics of premodern markets, at studying the reasons why people became active on the market and at scrutinizing the institutions which formed exchange processes and were in turn shaped by them. How did they shape markets and the integration between markets?

We invite proposals for papers that discuss and analyze the agents on markets. Presentations should not exceed 20 minutes.

Please send a short sketch of your proposed paper half a page to a page and a short CV to: ulla. CfP: Neighbours or Strangers? Conflict, Negotiation, and Collaboration in Multicultural Communities. University of Tampere, Questions of toleration, aggression and even hatred based on ethnic diversity have been accentuated in recent times, but multiculturalism in its various forms is far from being confined to the modern world only.

The seventh international Passages from Antiquity to the Middle Ages conference will focus on forms of interaction and methods of negotiation in multicultural, multiethnic, and multilingual contexts. The conference aims at concentrating on social and cultural interaction within and between multi-ethnic and multilingual communities, groups and individuals, minority minorities and majority. Cooperation, toleration, and coexistence was an everyday necessity in Ancient and medieval societies. On occasion, however, these would turn into the opposite: suspicion, conflict, and violence, enhanced by power struggles and prejudices.

All these had a central influence on social dynamics, negotiations of collective or individual identity, definitions of ethnicity, and shaping of legal rules. What was the function of multicultural and multilingual interaction in various contexts: did it create and increase conflicts, or was it rather a prerequisite for survival and prosperity? Our focus lies on society and the history of everyday life. We welcome papers, which have a sensitive approach to social differences: gender, status, and ethnicity.

Actors, experiences, and various levels of negotiations are of main interest. We aim at a broad coverage not only chronologically but also geographically and disciplinarily all branches of Classical, Byzantine and Medieval Studies. If interested, please submit an abstract of words setting out thesis and conclusions for a twenty-minute paper together with your contact details with academic affiliation, address and e-mail by e-mail attachment to the conference secretary, passages uta.


The deadline for abstracts is December 31st , and the notification of paper acceptance will be made in January Conference papers may be presented in English, or in French, German or Italian, if supplied with an English translation or summary. The sessions will be formed on the basis of thematic coherence, combining papers on Antiquity and the Middle Ages in each session.


The registration opens in March Workshop III The venue will take place in Uppsala, Sweden, with an excursion to Stockholm, from the 28th to the 30th of September Scandinavian or general European influences needs to be reassessed. In the last thirty years, new conceptual devices have been developed and honed for use in historical and social contexts. Art was mostly an integrated part of religious life, which is another important desideratum in research. How were the Hanse merchants and craftsmen in Scandinavia integrated into the liturgy and cult of saints of the local church?

The veneration of S. Bridget, her writings, her cult and her monasteries are another example of cultural influences spreading not only from South to North, but also viceversa, via Hanse channels. Scandinavian pilgrims, in turn, took advantage of Hanse routes and transport facilities to get to Wilsnack, Cologne, Rome or Santiago.

Musical as well as literary influences travelled via Hansa routes, as earlier research could show. These older findings need to be reassessed and put into a wider context of cultural communication, thus connecting with the theme of Workshop II in Tampere. Please note the date 28th to the 30th of September ! Proposals and other suggestions should be submitted by 4. Jan von Bonsdorff, Uppsala University jan.